Home / Blog / Could You Lose Your Financial Aid After a Marijuana Arrest?

Could You Lose Your Financial Aid After a Marijuana Arrest? 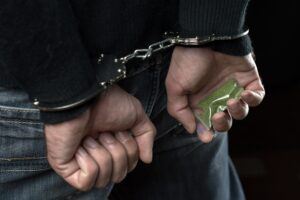 Drug laws are rapidly changing across the country. In Florida, medical marijuana is legal, and some municipalities have decriminalized possession of small amounts of marijuana for recreational users. For arrests in Gainesville, home of the University of Florida, or other North Central Florida college towns, state laws apply and drug charges should be taken very seriously, as a conviction can have devastating consequences — including forfeiture of financial aid. That is on top of stiff criminal penalties. For possessing 20 grams or less, you could incur a jail sentence of up to one year and $1,000 in fines. You could also lose your driving privileges — even if your arrest occurred when you were nowhere near a car, let alone driving one.

North Central Florida college students may be surprised to learn that their eligibility for federal student aid might be suspended if they are convicted of a drug crime, and that if they already accepted financial aid while ineligible because of such an offense, they may be legally responsible to return it. For those with no prior convictions, eligibility for financial aid may be suspended for one year for possession. Students who complete a drug rehabilitation program or pass two unannounced drug tests could regain eligibility sooner.

Timing is also a key factor. If you were not currently enrolled, your financial aid should not be affected. This includes arrests that occur in between two semesters in which you were enrolled. So a college student arrested in June won’t lose financial aid eligibility for the fall semester, but a student whose arrest occurs in September could lose eligibility for an entire calendar year.

In recent years, lawmakers have tried to do more to sever the ties between financial aid and drug convictions. In 2018, U.S. Sen. Cory Booker (D-NJ) introduced a bill to help reduce barriers to applying for aid, including removing the drug conviction question.

Regardless of whether you receive financial aid, it is in your best interest to consult an attorney immediately following an arrest for marijuana possession. If you live in or were arrested for drug possession near Columbia County or surrounding areas in North Florida, the attorneys at Robinson, Kennon & Kendron, P.A. can help. We have many years of experience representing clients in drug crime cases. Call us at 844.210.0025 or contact us online for a free initial consultation to discuss your case.