Home / Blog / Caution: Your Prescription Medications Could Get You Arrested

Caution: Your Prescription Medications Could Get You Arrested 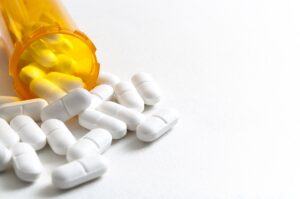 Every few months you hear about a celebrity being charged with a controlled substance violation. Very often, the drugs in question are illegal, but, occasionally, they are prescription medication that were carried in an unlabeled container without any evidence of a prescription.

Carrying a prescribed drug that isn’t in its original packaging is legal under Florida law, but arrests still occur because police either aren’t aware of the law or don’t follow it. The law restricts people from obtaining drugs illegally, but not from putting them in another package, such as a daily pill dispenser. Such arrests can lead to inconvenient and sometimes costly consequences, even if the prescription for the medication is eventually submitted for the court’s verification.

If you cannot produce a prescription, your lawyer may assert a defense based on the legality of the police conduct. In a 2012 Florida case, police stopped a man while he was parking his car and found an Oxycodone pill in his pants pocket after a search. Although the man, Wallace Deaton, said he had a prescription at home, the officers arrested him anyway. A trial court suppressed the evidence saying there was no probable cause for a warrantless arrest. An appeals court, in State v. Deaton, noted that “it is not unusual for a traveler with a valid prescription to separate a pill from the prescription bottle for later consumption” and upheld the trial court’s ruling.

Although such court decisions are encouraging, exercise caution, and keep your prescription medications in their original container when possible, especially when driving or when you have to go through security, such as at the airport. If you are arrested for possessing a controlled substance without a prescription, contact a lawyer with experience in successfully handling drug possession cases.

Attorneys at Robinson, Kennon & Kendron, P.A. in Lake City, Florida have many years of experience representing clients in drug possession cases. Call us at 844.210.0025 or contact us online for a free initial consultation to discuss your case.

By rkkattorneys | Published March 15, 2020 | Posted in Criminal Law | Tagged controlled substances, drug possession, prescription drugs | Comments Off on Caution: Your Prescription Medications Could Get You Arrested